skip to main | skip to sidebar

Dizzy Fantastic and Her Flying Bicycle

From the Publisher
The kids at school call her “Chubby Debbie.” Her parents and teachers call her just plain “Debbie.” It isn’t until she discovers she can fly atop her white Thunderstrike bicycle that Debbie Fine knows deep down inside she’s “Dizzy Fantastic-Fourth-grade Superhero!”

Unfortunately, Debbie has a hard time getting anyone to believe it. Her parents are too busy running their ice cream shop, her brother just thinks she’s annoying, and not even her imaginary twin sister thinks Debbie’s anything special. Then again, only a fourth-grade superhero would be brave enough to befriend Mean Mr. Wilson and his rabid black Labrador, T-Rex.

Just as life starts to go Debbie’s way, a terrible tragedy strikes that Dizzy Fantastic is powerless to stop, and Debbie has to figure out how to trust herself and her own abilities before she can save the day once more.

Andy Hueller’s delightful debut is the story for anyone who’s ever felt alone or misunderstood—or has ever dreamed of unlocking the superhero within. 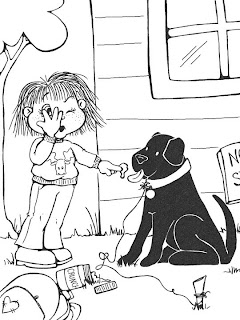 Skipping Stones at the Center of the Earth

Twelve years ago, three men disappeared; one of these men is gone for good. Two years later, another man dropped from the face of the Earth. In four years, a young girl would vanish. A piece of hardware connects them all.


This book does not belong to any of these missing persons.

But their stories matter, patient reader.

They will matter to you (I hope). And they matter to a red-headed twelve-year-old boy—the boy to whom this book does belong.

No matter. All will be set straight in good time.


Twelve-year-old Calvin Comet Cobble lives at Hidden Shores Orphanage, which sits at the very center of planet Earth. At Hidden Shores, Cal chokes on strange food; tries to avoid the school bully, his acrid pits, and his uncompromising fists; sits through incompetent and cruel classroom instruction; fears the volcanic-tempered and megaphone-voiced Principal Warden; and does his best to never, ever, ever think about the dangerous prison and the murderous criminals with whom the orphanage shares the island-city of Robert (the very Pit of the Planet). And then Cal meets Mr. E, the mysterious man who mows Hidden Shores’ front lawn and who can skip a stone clear across Lake Arctic, and everything changes.


Skipping Stones at the Center of the Earth is a novel for older elementary and early middle-school readers in the dark, redemptive tradition of Roald Dahl, told in the piece-it-together style of Louis Sachar’s Holes. It’s a novel about a scared and lonely (not to mention wildly red-haired) orphan who finds friendship and courage in the unlikeliest of places. And as readers get to know and root for Cal—who, over the course of the novel, begins to speak his mind, skips his first stone, and finds out who he is—they also learn how Robert, America’s youngest significant city, came to be. Three story lines come crashing together as Cal and his friends venture toward the scariest place inside the Earth. 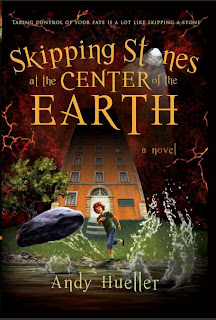 How I Got Rich Writing C Papers

Charles Remington Dremmel (not his real name) has made it rich writing papers for his classmates. Now he's divulging his secrets. Oh, and he wants to win the school Nerf War. And he doesn't want to get caught when his peers need to write Blue Book exams at the end of the school year. Chock full of writing and start-your-own-writing-business instruction, metaphors, and examples! 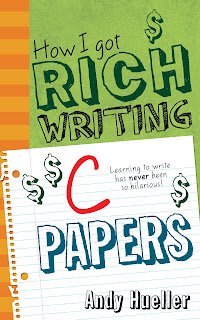 Slingers is what might happen if Sandra Cisneros's The House on Mango Street married a Mike Lupica sports novel. Told in first-person vignettes, it's the story of Kalinda Davis, a sharpshooting eighth-grade hoops prodigy trying to figure out how to devote herself to her art (basketball) while dealing with her older teammates' jealousy. Slingers is an ode to a beautiful game. It's about coming of age while trying to fit in and excel at the same time. 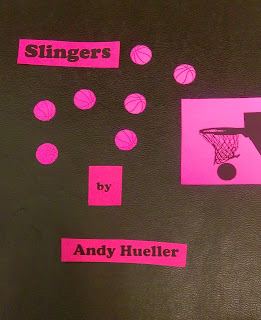 Sidewalk Chalk Hopscotch: A Sort-of Memoir by a Teacher Who Writes

From the back of the book
Sidewalk Chalk Hopscotch isn’t exactly a memoir. It doesn’t capture teacher and author Andy Hueller’s life, which wouldn’t make for an exciting plot. It does, however, attempt to capture his point of view. His stories, sometimes told as poems, grow from what he sees, hears, and experiences every day. These are the short pieces Hueller wrote alongside and for his students during five school years. (During this same five-year span, on school breaks, he was writing Dizzy Fantastic and Her Flying Bicycle, Skipping Stones at the Center of the Earth, and How I Got Rich Writing C Papers.)  If you love Hueller’s books for children and young adults, accept this ticket to a world populated by a superheroic janitor, talking fifteen-foot babies painted on the neighbor’s garage, an angst-ridden dog, and the world’s most spectacular wife. 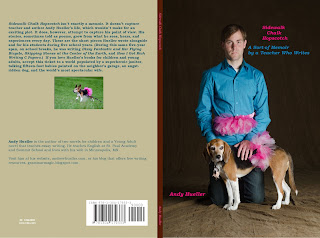 Where to Find How I Got Rich Writing C Papers

Where to Find Skipping Stones (online)

Where to Find Dizzy Fantastic (online)

Where to Find Slingers